Arriving at the square in front of Valvisciolo Abbey, built in strict Romanesque-Cistercian style, you will be enraptured by the imposing and beautiful mass, being one of the greatest masterpieces of the genre, after the Abbey of Fossanova.

The abbey is located in a small valley called in medieval times “nightingale”. The large terrace-garden overlooks the Pontine area up to the sea and we are sure, you will be thrilled!

It is supposed that this abbey was founded in the 12th century by the Greek monks and occupied and restored by the Templars in the 13th century. When in the 14th century this order was dissolved, the Cistercians replaced them. A medieval legend narrates that in 1314, when the last Templar grand master, Jacques de Molay, was sent to the stake, the architraves of the churches broke. Even today, watching carefully the lintel of the main portal of the abbey, it is possible to see a crack. The clues of the Templar presence consist of some characteristic crosses: one in the first large step of the floor of the church, another in the ceiling of the cloister and the most famous of all, it is carved in the left part of the eye center of the rose window, appeared in the early century restorations.

In recent times, demolishing a false wall of the western side of the cloister, the five famous words of the magical palindrome: SATOR AREPO TENET OPERA ROTAS, have come to light such as graffiti on the original plaster, with the variant, so far a unique, that the 25 letters are arranged in five concentric circular rings, each one divided into 5 sectors to form a shape similar to a target.

Today the abbey is inhabited by the Cistercian monks of Casamari Congregation. It is possible to visit the church, the cloister, the museum and the monastic products shop, where we will find liqueurs, honey and herbal products. The church has three naves divided by pillars and columns and bare walls as the Cistercian “memento mori” tradition that avoided the architectural splendor because it was not important the materiality but rather, the spirituality.

The Chapel of St. Lawrence is at the bottom of the left aisle. It was frescoed in 1586-89 by the painter Nicholas Circignani known as Pomarancio, commissioned by Cardinal Enrico Caetani and Onorato IV. This cycle of frescoes was made on the occasion of Pope Sixtus V’s visit in Caetani’s domains. Inside the chapel, there are many self-congratulatory signs referring to the ducal title that in 1586 was granted to Onorato IV.

In fact there are many ducal crowns supported by little angels. The self-portrait of Pomarancio has been discovered by the academic Sonia Testa between the Grotesque decoration of the vault, near the two sails with the two episodes of Lucilius’ conversion and St. Romano’s baptism in prison by St. Lawrence. Above the main entrance you can see a rosette. Looking at the façade, the right cloister of the abbey has a colorful garden. 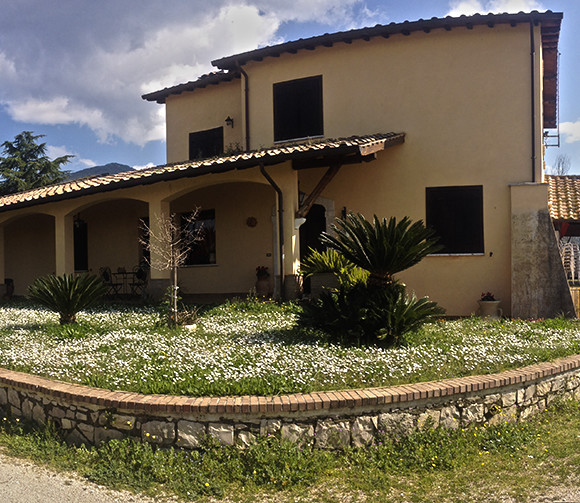 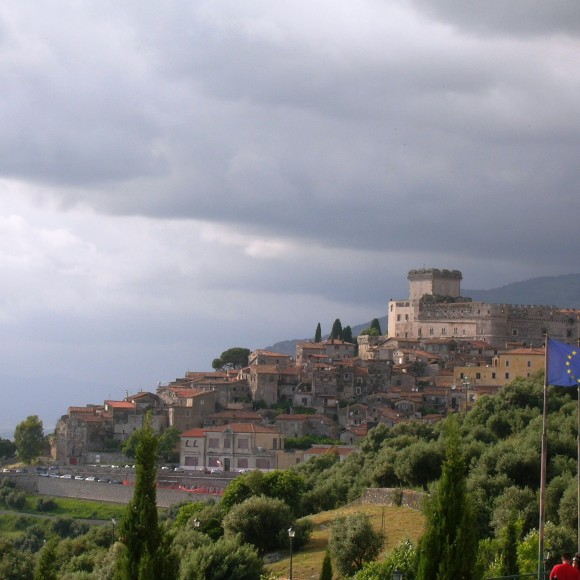 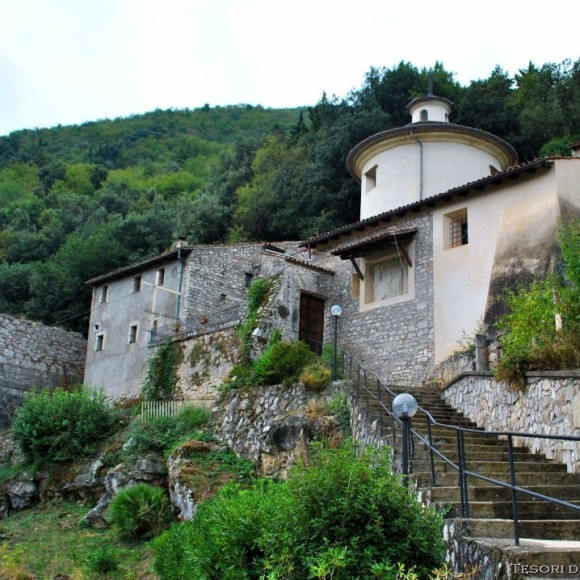 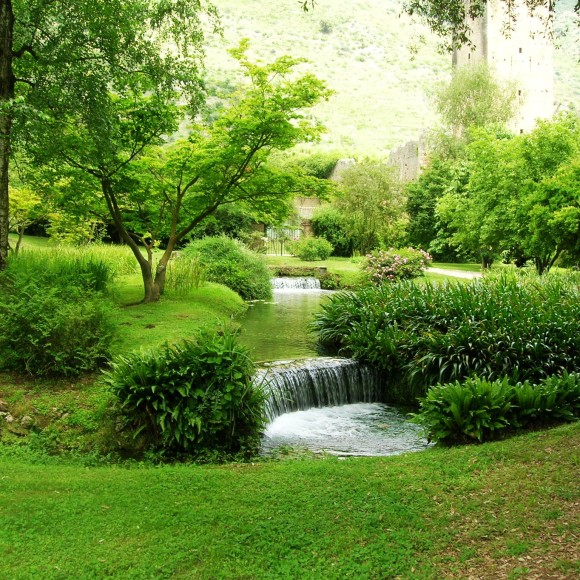 Tour and Trasport to the Garden of Ninfa 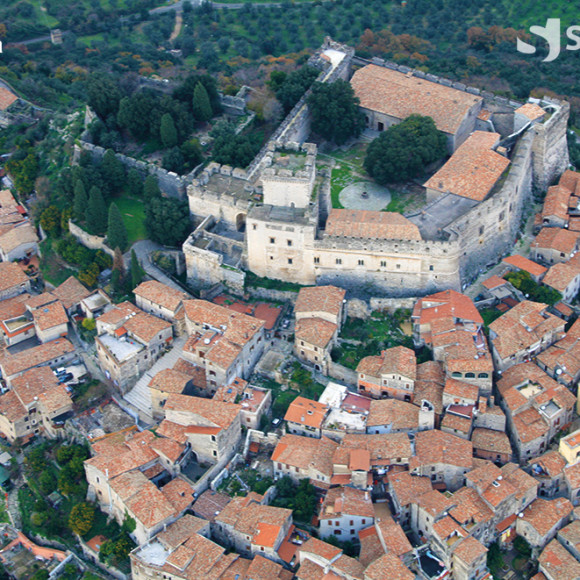