The Garden Of Ninfa

The Pompeii of the Middle Ages (Gregorovius)

Legend tells that Ninfa was a princess who lived in a castle on the slopes of the Lepini mountains, at the feet of which swamp expanded and malaria infested it. Her father wished to clear those lands and summoned the two neighboring kings: Martino who loved Ninfa secretly and Moro, the evil sorcerer. The king told them that he would give the princess in marriage to him who had dried up the marshes. Martin used all his resources to build canals and other builds, but he could not defeat the swamp. Moro instead, thanks to his magic drained the plain, getting Ninfa in the bride. The desperate princess, jumped into the lake disappearing forever.

Entering the garden of Ninfa means turning your imagination into reality. An enchanted place where streams of spring water branch off among flowering hedges of a thousand colors, bamboo groves and many other varieties of plants and flowers.

Declared a Natural Monument by the Lazio Region in order to protect its rich biodiversity, the garden is the legacy of the noble Caetani family, which thanks to the last descendants favored cultural development in the Pontine territory.

The Garden of Ninfa is open to the public from Spring to Autumn.

BOOK YOUR VISIT BY CHOOSING ONE OF THE TOURS HERE ON THE SIDE!

The Pantanello Natural Park, which extends for a hundred hectares outside the walls of the Garden of Ninfa, is an example of reconstitution of the original environment of the Pontine Marshes.

The idea of re-naturalizing the farm land of the Caetani Foundation, was born by chance in 1991 during a walk. Taking the promenàde were Fulco Pratesi (President of WWF Italy and councilor of the Foundation), Arturo Osio (President of the same from 1998 to 2007) and Lauro Marchetti, General Secretary and Director of the Garden of Ninfa.

In Pantanello an almost lost natural habitat has been recreated, which has allowed the return of numerous species of birds and the recovery of the Pontine flora.

Admission is subject to a guided tour. The Pantanello Park is open to the public from October to March.

How to visit Ninfa 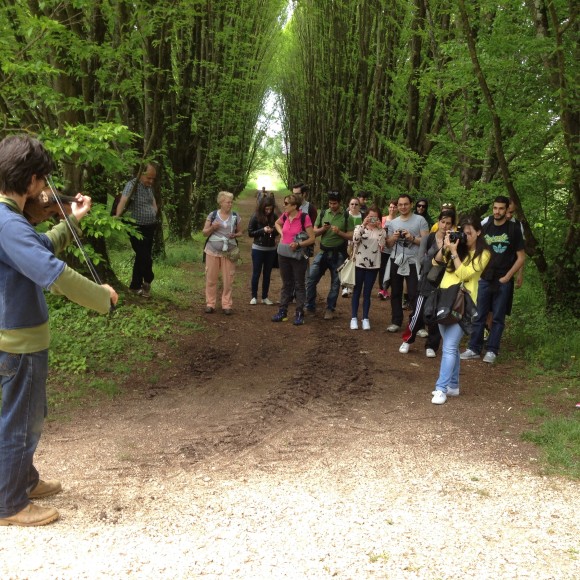