The road that runs up to Cape Circeo offers an enchanting panorama with sand dunes and Mediterranean vegetation on the right and brackish lakes and woods on the left. The four coastal lakes Fogliano, Caprolace, Monaci and Sabaudia conserve traces of the previous ecosystem before the reclamation. In a small chest of about 9.000 hectares there are unique landscapes.

Established in 1934, Circeo National Park was created to protect different species and a rich mosaic of environments. A promontory, an island, over 20 km of dunes overlooking the sea, four coastal lakes, over 3000 hectares of forest, hundreds of animals and plant species, the historical towns of Sabaudia and San Felice, wonders such as the Villa of Domitian and the hamlet of Fogliano. Since prehistoric times habitants have managed to maintain a balance between their presence and the surrounding environment. Get ready to discover an amazing mosaic of nature and history, environments and traditions. Prepare to lose yourself in Circeo National Park!

It was established during the reclamation of the Pontine Marshes avoiding the total deforestation of the ancient “Selva di Terracina”. The first configuration of the Park was therefore composed by “Selva di Terracina”, Lake Sabaudia, the coastal dune, the promontory of Circeo. In 1975 it was extended to the coastal lakes of Fogliano, Monaci and Caprolace which are one of the most important coastal humid environments of Italy. Since 1979, Circeo Park also includes the wonderful, unspoilt island of Zannone. Circeo National Park is a territory where very different environments combine helping each other. The dunes, which run along the entire coastline, protect the hinterland so that thousands of migratory birds can find shelter in wetlands and forests can proliferate sheltered from the wind loads of salt. The birds of prey that inhabit the promontory look over the whole park up to the island of Zannone, in the Pontine Islands.

Unique landscapes, pure habitats, animal and plant species that will surprise you with their shapes and colors.It is always difficult to describe it because there are so many particularities, treasures, the variety of this place that just goes sniffed, crossed and admired. Lake Sabaudia, for example. We need an encyclopedia just to describe the colors at sunset that refract the fishermen’s nets, to describe the emotion you feel when you wake up and admire the lush mountains of Circeo that protect and overlooks the lake, to narrate the stories of Roman emperors who built beautiful villas, to tell the feelings when you paddle a canoe on calm waters. We are lucky to enjoy at least once in life a landscape that envelops the thoughts.

Follow our route with a healthy ascent of Mount Circeo or with a relaxed visit to San Felice Circeo or in good weather the beach of Sabaudia. In the numerous caves which can be visited by boat from Torre Paola on the west side of the mountain, archaeologists found several deposits of Neolithic materials: the most importantdiscovery occurred on February 24, 1939. During the excavation was discovered the breach of an ancient cave. It was closed millennia ago by a landslide and in a cavern of the cave was found the burial of the oldest inhabitant of the Circeo. In the midst of a circle of stones a Neanderthal man slept for 70.000 years.

Homer wrote about the mountain and the place where the witch Circe settled, she imprisoned in animal bodies the companions of Odysseus. Homer describes an island with high cliffs where Ulysses looks at the sea. The topographic and the literary data are confirmed in the forms and visual effects that Circeo offers. Mount Circeo is surrounded by low-lying areas, on the left the Pontine lakes and the sea. It looks like an island especially in past centuries because of all the swamps and rivers that detached more the headland from the mainland. The ancient Latin city of Circeii was an important commercial center and takes its name, not for the mythical presence of the sorceress, but for the circular aspect of the promontory (Circei from Latin Circus means round). The site occupied by the ruins of the Acropolis (IV-III B.C.) will be in our itinerary and it will leave you many emotions, a good honey for our soul. 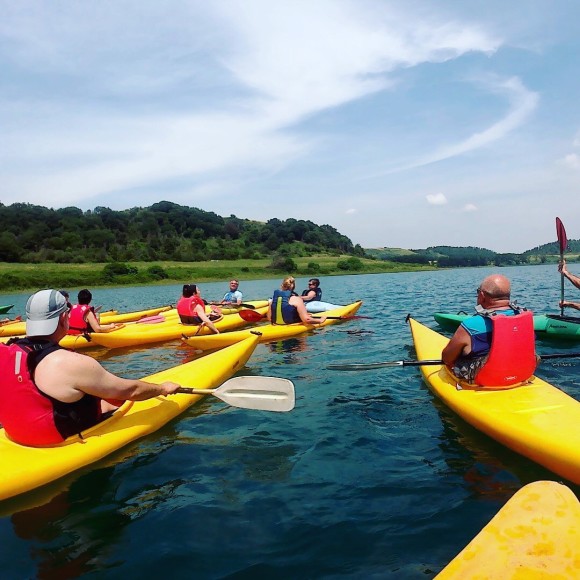 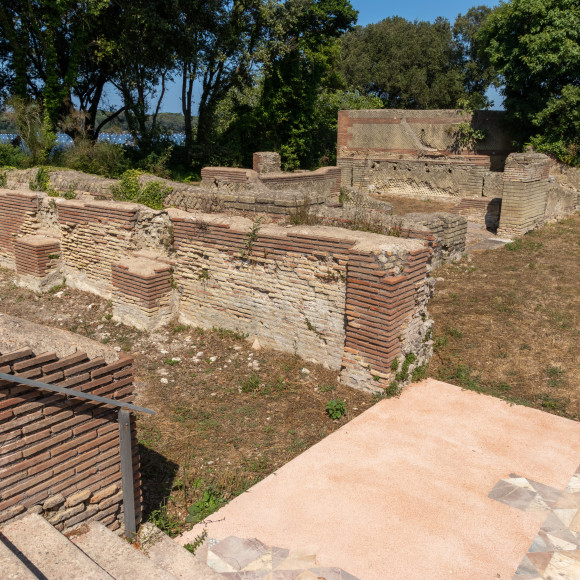 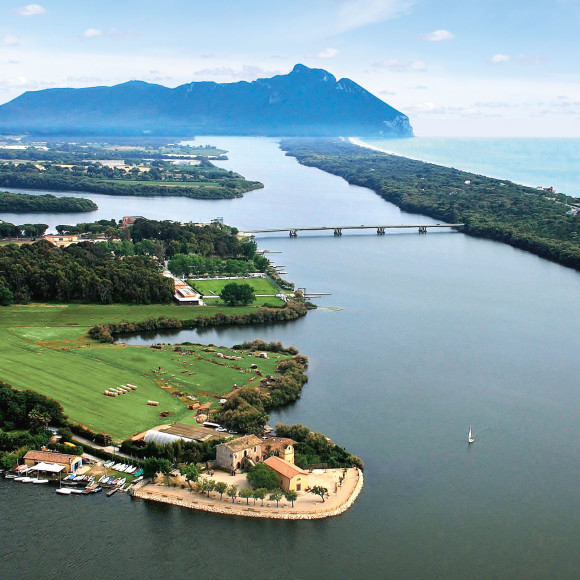 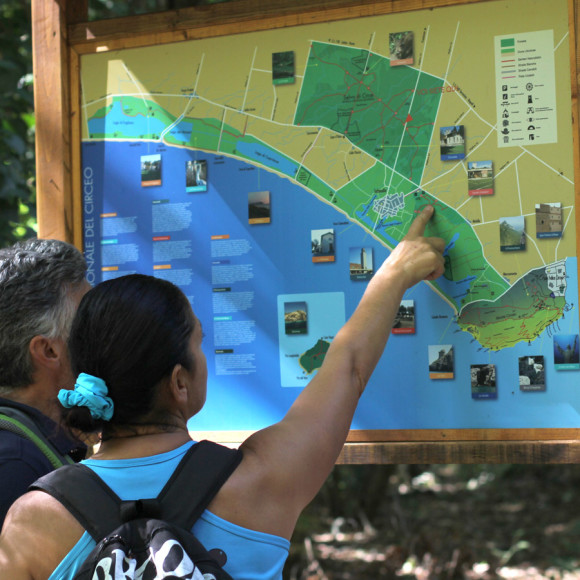